Friday night I arrived in Cleveland for the speaker (nerd) dinner at Fahrenheit in Tremont.  I was finally able to put a face (real, not just their picture online) to various names like Eric Harlan (@ericharlan) and Jesse Murray (@lackscreativity) from the Baltimore and Detroit Sogeti offices, Rick Black (@ricknology), and also see some familiar faces again like John Ferringer (@ferringer), Sean McDonough (@spmcdonough), Callahan (@cacallahan) and Melissa Lucarelli (@smartyskirt).  Can you sense that I know too many people by their Twitter names?

Saturday started off early as I was scheduled to speak during the first session.  I gave my “The Power of PowerShell + SharePoint” presentation to about 20 people.  As most of the crowd was still waking up I threw in some jokes and funny slides to keep things lively.  They had a number of great questions as we went along and hopefully learned a good introduction to PowerShell and how to use it with SharePoint.

After my session I tried to attend talks on other topics that I hadn’t heard much about such as PerformancePoint, InfoPath Forms, SharePoint branding, and the new Metadata Manager.  I wish I could have attended more sessions, but only so much time in the day and I can only be in one place at a time.  Overall the level of content was good and I appreciate all the time and hard work each speaker put into the day.

Following the conference wrap-up session a dozen or so attendees and speakers met at The Blind Pig in downtown Cleveland for a ritual SharePint.  The Blind Pig was nice enough to host us and provide drinks and appetizers while us conference folks got to unwind from the day.  It was good to hear positive feedback from the conference and get to share SharePoint and personal stories.

As all good things must come to an end, so did my time at SharePoint Saturday Cleveland.  I was able to snap a few pictures which I’ve posted a link to below.  I’ve heard there will be a SharePoint Saturday Indianapolis early in 2010 as well as ones being planned for Pittsburgh and Columbus not far after.  If you’ve never been to a SharePoint Saturday I would highly encourage you to attend (did I mention it’s FREE!)  A final thanks to everyone who helped put on the event, spoke, sponsored, or had any hand in making this event happen.  Without you this never would have been possible.  I look forward to attending more such events and keeping the SharePoint community growing. 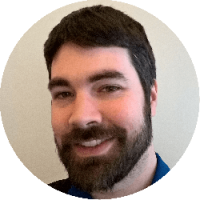